Bootbank loads in /tmp after reboot of ESXi 7.0 Update 1 host.

From the ESXi shell, you see the bootbank, altbootbank and scratch partitions directing to /tmp, that means that they are mounted to the in-memory image of ESXi.

The storage-path-claim service claims the storage device ESXi is installed on during startup. If this takes to much time to claim it, then this will cause the bootbank / altbootbank image to become unavailable and the ESXi host reverts to ramdisk (/tmp).

This issue has been fixed in VMware ESXi 7.0 Update 1c.

To workaround this issue, delay the storage-path-claim service to allow ESXi to retrieve the correct bootbank image from its storage device.

Note: it is recommended to use a value of 30 seconds or higher for the next steps. In rare cases this value has been observed to go up to 240 seconds (4 minutes).

Perform the following steps to apply the workaround.

Step 2 - Applying the workaround (via Putty login or direct console access to ESXi server if available), 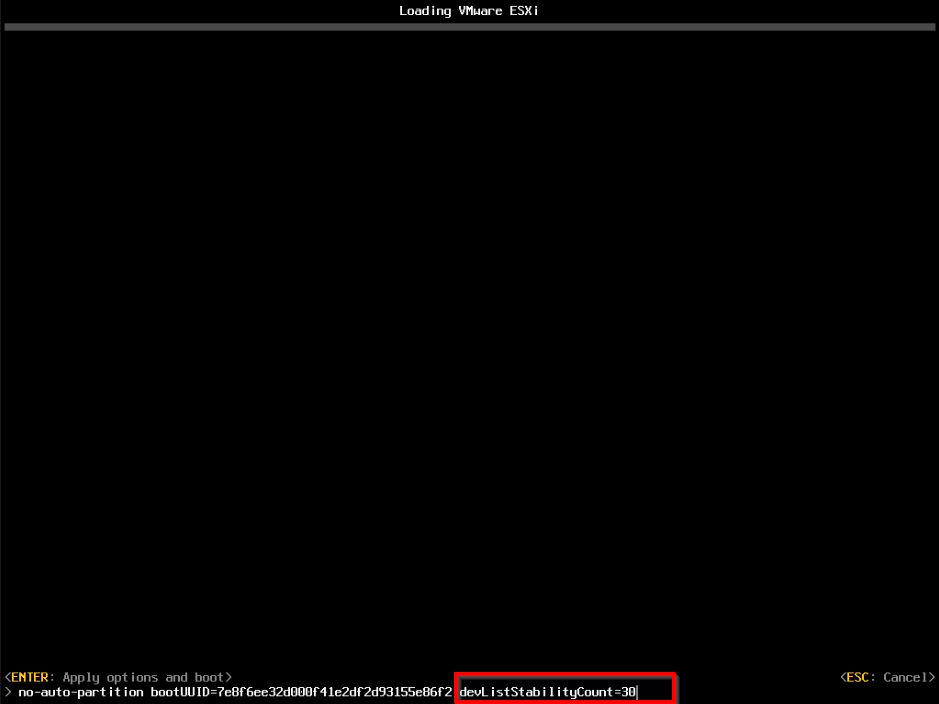 The output will list the links for bootbank and altbootbank. Confirm the path shows as /vmfs/volumes/UUID for both.

Note: If the path remains as /tmp/, you must reboot the ESXi host and increase the devListStabilityCount value in the boot option line (see earlier steps).
Do not proceed further with the instructions until this has been corrected.